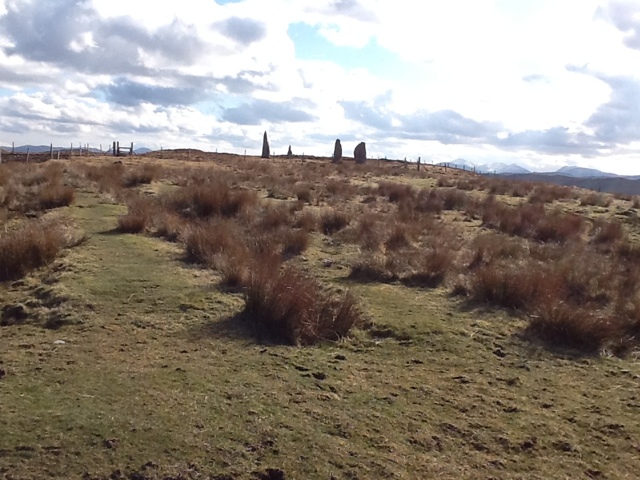 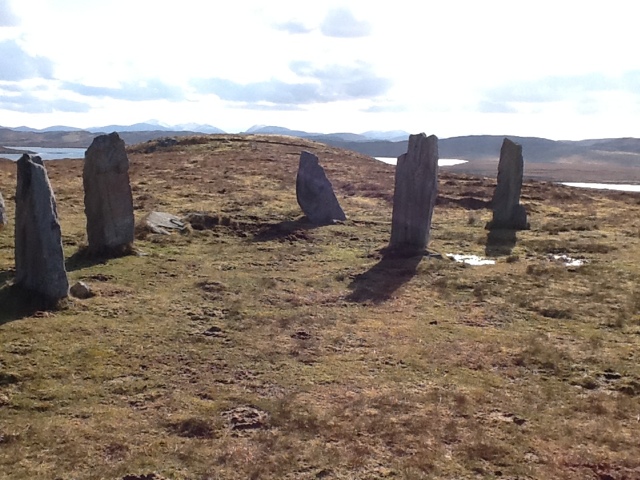 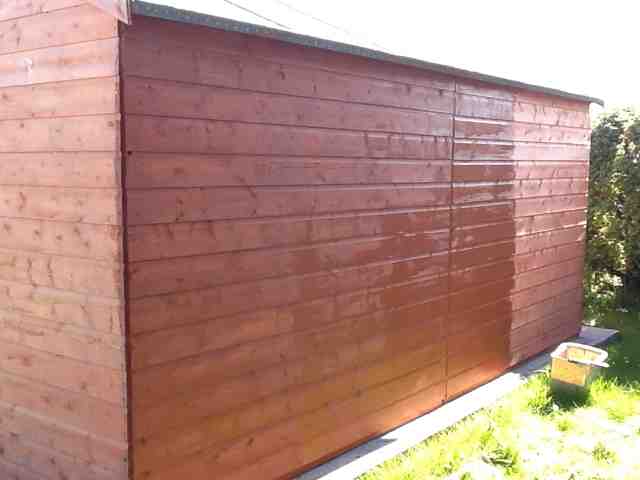 After that it was back to the loom and by late afternoon I had managed to finish the tweed......  Well, almost finished it.  I had about 2 metres of a 44 metre warp left when I had something of a catastrophe!  A sudden snap and one of the heddle boards stopped moving.  Investigation showed that it had come unhooked at the bottom.  I hooked it up again and did a few more passes of the shuttle and then there was a much louder bang.  This time, the bar at the bottom of the board had snapped in two.  I decided that it would be much easier to replace the bar once the tweed was off the loom, so sacrificed the last of the warp and cut off the tweed.  I will take it to Carloway Mill tomorrow for finishing and stamping.  Repairs to the loom are underway and it will be ready to put on the next warp before I head back to the mainland in a couple of days.
Posted by Ruth Black at 23:47