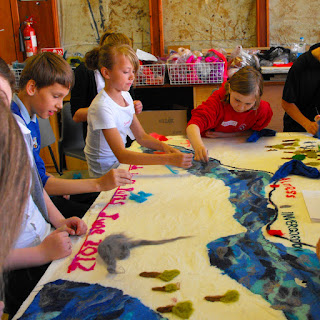 This was the second day of our two-day project to make a felt map of the Cromarty Firth.   (To see what we did on day 1, click here) The participants were the pupils who are starting at Invergordon Academy after the summer holidays.  This week they are at the school getting a taste of what is in store for them as secondary school pupils - and to have some fun with feltmaking!

We started off with the largest group of students doing some more needle-felting, adding in more detail and firming up on all the detail that was already there to make sure everything was fully attached.   The class were very enthusiastic, but we managed to go through a packet of 50 needles!    Once all the needles were used up, we moved onto the next stage. 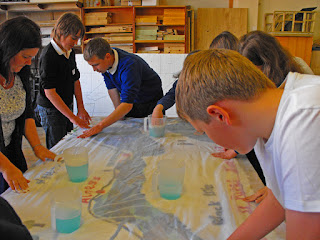 The felt was covered over with an organza sheet.  This is sheer enough to see the design through the fabric, but smooth so that we could easily slide our fingers over it without disturbing any of the needle-felted details.   We then drizzled soapy water onto the appropriate areas and rubbed gently over the detailed areas to ensure that all the fibres were fully felted in.   We had a team change during this and the new team took over with gusto.  I have never seen a group of 12 year-old boys have so much fun with soapy water! 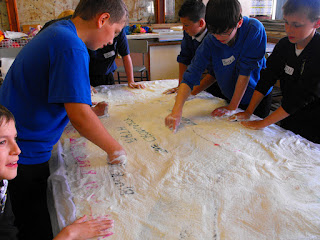 Eventually we decided that the felting on the top surface was complete so we turned the felt over and did more rubbing on the back, concentrating on those areas which had been needle-felted. 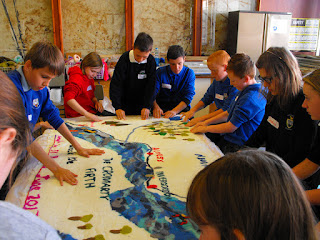 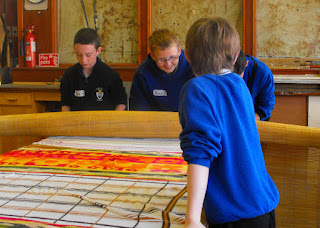 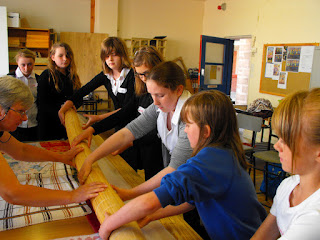 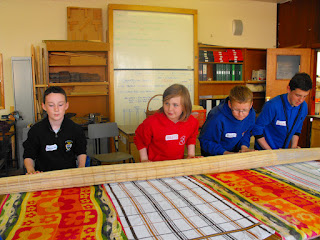 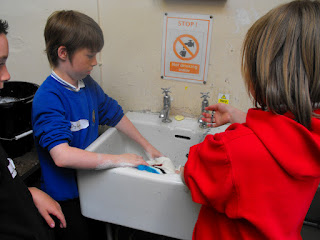 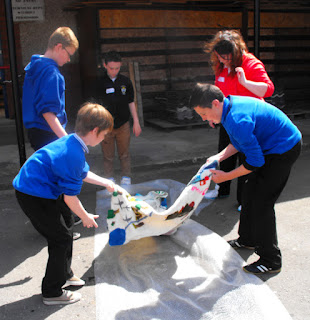 Another team change and it was time to start doing the milling - rolling the felt in bamboo blinds to squeeze out the water, shrinking and firming up the felt.   This part involved real teamwork and the students did an excellent job.   After lunch we did a bit more milling with another team and then took the felt through to the sink and rinsed out as much soap as we could.  The sun was shining so we went outside to wring the water out of the felt - great fun!

Then it was back inside and we held it up for a photograph before laying it out on the table for the Head Teacher, some of his staff and some of the other pupils who had worked on it to come and admire the work. 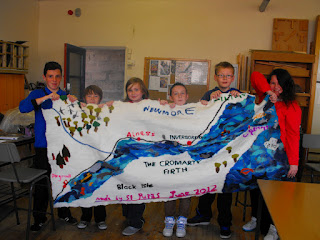 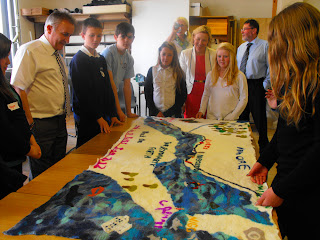 All that remained was for me to pack everything up and take the felt back to my studio.  There I popped it in the washing machine for a final rinse and spin before spreading it out to dry.   Next week once it is dry and pressed I will be heading back up to Invergordon Academy to deliver it, ready for their Technical Department to frame it and get it up on the wall.
Posted by Ruth Black at 21:29